The course was extremely challenging through woodland paths, bridleways and fire roads which were muddy, wet and in places steep slippery slopes, some needing ropes for runners to pull themselves up. 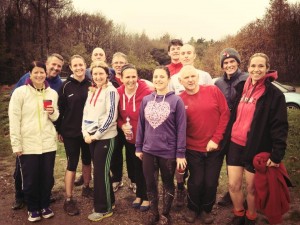