The Awards committee is made up to 5 people who look at who won in 2016 and if you have been a member for all of 2017 as well as running pbs and performance.

NOT HELD THIS YEAR

Best Performances at Park Run by a Female

All 3 nominations have had a good year at Park Run – Jo winning her age category, Zoe Completing her 50th Park run, Jane improving her pb over this distance.

Best Performances at Park Run by a Male

All 3 nominations have achieved good results this year at the 5km events with pbs at Park runs all year.

Amy Lou for her Thanet half Marathon pb and 62nd overall, Jo Daniels for her Mount Ephraim 10k time – 69th overall 1st in age group, Tracy for her performance in the Ashford 10k.

Best Performance by a Male Runner

Chris Searson for his Ashford 10 k and breaking the  40 minutes 38.26m, Ian for his Half Marathon time at Deal half Marathon and a pb and 11th overall and followed that up at the Royal Parks Half with a pb by 3 mins, Dave for his Brighton half performance pb and finish place of 98th.

Our nomination excludes 2 men who are on route to their 100 marathon good luck to Neil & Gary Barnes on their quest to the 100 marathons with Gary hoping to reach it at Beachy Head marathon this year, This years 3 contenders Dave Tyler 3.06 at a tough Snowdonia Marathon, Chris for his Ultra run 55 miles Cliff top Challenge in the summer, and Phil Sluman for his Edinburgh Marathon 3.08 pb

Our 3 nominations this year excludes the 2 ladies who are trying to reach 100 marathons good luck to Pat & Michele on their quest to the 100. At Brighton marathon it went wrong for a lot of people with the heat but Odette & Claire run the course together and supported each other all the way in true DRR sprint, Whilst Louise got a chance to run the London Marathon last year and put in a pb effort for her time to get under 4 hours.

Club Person of the Year (Any member who you feel has served the club well over the last 12 months).

There were 16 nominees.  The winner is Angela Wade.

Honorary Member for his services to DRR

This member started with Sylvia when they reformed Dover Road Runners back in 2002 and has been a loyal servant to this club and wears his club vest with pride where ever he goes nowadays.  Health has not been kind to him over the later years and his running is getting slower but he found a new lease of life with his disabled games and goes weekly to train over at Folkestone. This goes to Billy.

This year saw the committee look at another side of the club for those who serve the Adults and Juniors well.  Jane & Steve share the commitment to the junior section on a alternative week basis to which we are grateful.  But this years winner is the backbone of the Juniors my right hand woman and now the 2nd highest qualified coach at Dover Road Runners.  Some of you have been on the receiving end of her fitness coaching.  The winner is Kathryn Baird ,  level 1 coach to DRR Juniors & Adults. 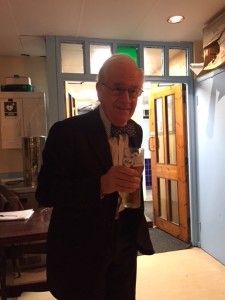 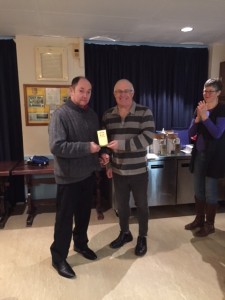 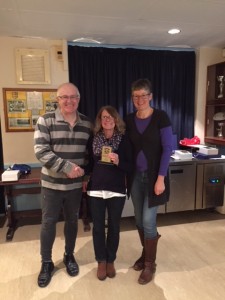 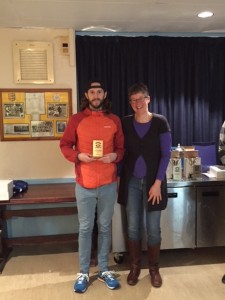 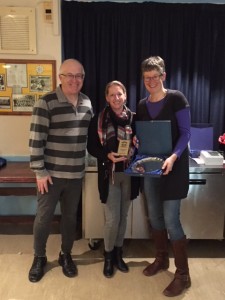 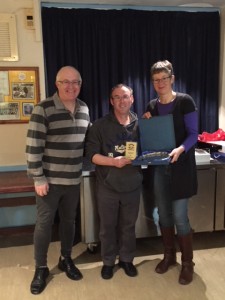 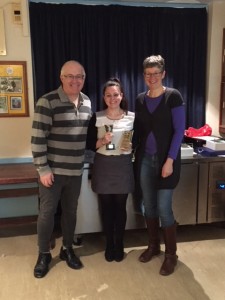 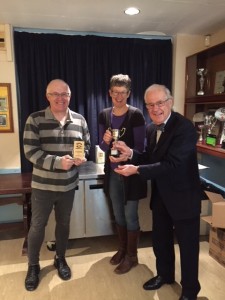 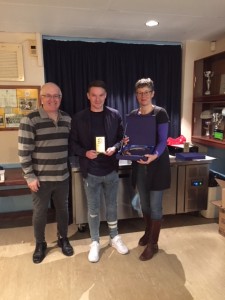